This event has passed.

This month’s club meeting is a bumper two-part matinee session exploring the musical world of bird sounds and is based in and around  Leighton Moss. Join us for a relaxing yet sonically-stimulating afternoon. Meet LDBWS guides at 2PM for listening sessions around the reserve. We’ll tell you exactly what you’re hearing as we quietly walk the paths; from metronomic alarm calls to the territorial salvoes of Cetti’s Warblers (pic by Peter Howlett), the mellifluous warblings of Blackcaps and Robins to the dissonant squeals of Water Rails. 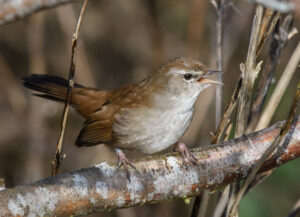 Then it will be back to Holt meeting room for tea and biscuits (free, naturally!) as we settle down to a special illustrated musical talk from world-renowned composer and conductor Edward Cowie. Edward will pose the question ‘Are Birds Composers?’ and explore his own bird-inspired pieces including the Lyre Bird Motet and his new work Bird Portraits as well as giving insight into other ornithologicaly minded composers including Messiaen and Vaughn-Williams. Check out our condensed version of Professor Cowie’s career below!

This afternoon of events is, as ever FREE to LDBWS members. Non-members should consider joining for a wonderful year round programme of free walks and talks (a year’s junior membership just £7, adults from just £16 – https://lancasterbirdwatching.org.uk/memberships/). Otherwise non-members can attend for £15 payable in cash on the day. Numbers will be limited so please email [email protected] with the heading ‘March 26th’ if you’re interested. 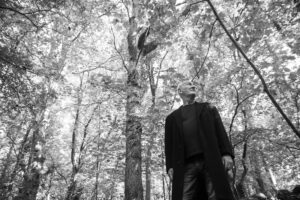 t BBC Proms commission was Leviathan, a large scale orchestral work premiered by the BBC Symphony Orchestra in 1975. It marked the first major event in a career that was to gain him national and international recognition for a new kind of ‘voice’ in the music world. Its title an indication of a composer whose imagination is deeply embedded in and inspired by the forces of nature.

Throughout the 1970s and beyond, a stream of works inspired by wild places on this planet flowed into being.

Cowie was the first Granada Composer/Conductor with the Royal Liverpool Philharmonic Orchestra in 1982-84. This led to many conducting dates with other orchestras including the BBC Northern Symphony Orchestra, the BBC Singers, ABC symphony orchestras of Sydney, Adelaide, Queensland and Tasmania, the Seymour Group and the Australia Ensemble. From 2003 to 2005 he was the first Composer in Association with the BBC Singers and first Artist in Residence with The RSPB. His work for television has included a major film on Edward Lear for Granada TV and his acclaimed BBCTV2 film Leonardo of 1986. He has also written and presented major radio series commissioned by ABC FM Australia as well as for BBC Radio 3 and 4.

During his period as the first Composer in Association with the BBC Singers (2002-05), Cowie produced a string of large and small-scale pieces that moved through landscapes and natural habitats from all over the world. Gaia, INhabitAT, Lyre Bird Motet and Bell Bird Motet are classic examples of a music that engages with all of the senses in a profound respect for nature’s power to move us.

As well as major public lectures including the Gertrude Langer Memorial Lectures in Australia, the Kate Springett Memorial Lecture in London and a Ruskin Lecture at Oxford, he has been invited to give keynote lectures and recitals all over the world.